Detailed review Huawei MateBook D 15: The perfect version is worth every bowl of rice for office workers

Set foot in the market laptop with pcs Huawei MateBook D 15, boss Huawei did not disappoint fans by bringing too many advantages compared to the soft price you pay. Pcs office laptop Is this interesting as rumored? Still hesitate, don’t come in Detailed review of Huawei MateBook D 15 come on. 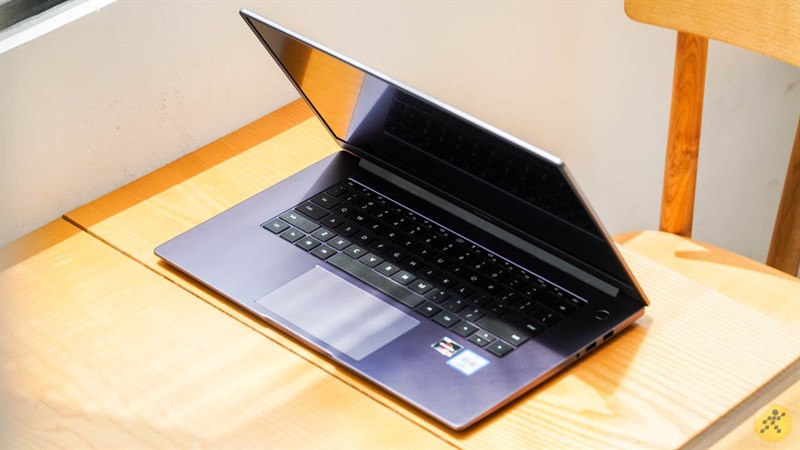 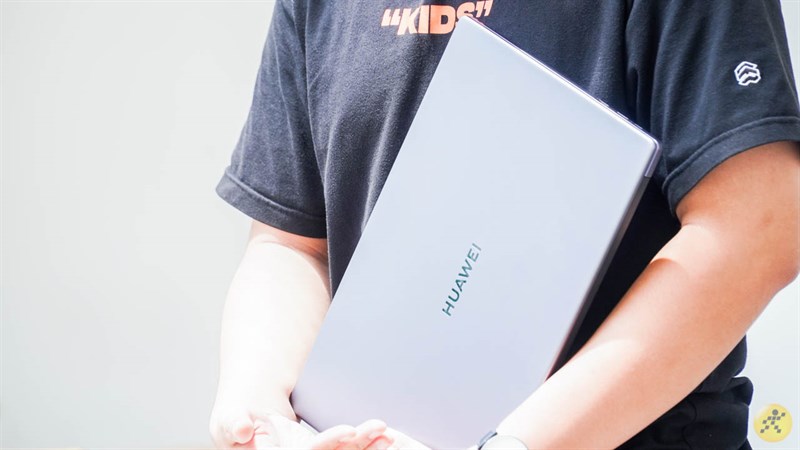 The design of the MateBook D 15 makes me satisfied because the color changes when moving to many different angles.

The design of the MateBook D 15 makes me satisfied because the color changes when moving to many different angles. At first glance, you will see that the device has a silver-colored, eye-catching silver coat, but in some other conditions, the gray color turns a little purple to look a bit attractive. If you are a Huawei fan, just bought Huawei MateBook D 15 but also own Huawei Mate 30 Pro, that’s right. 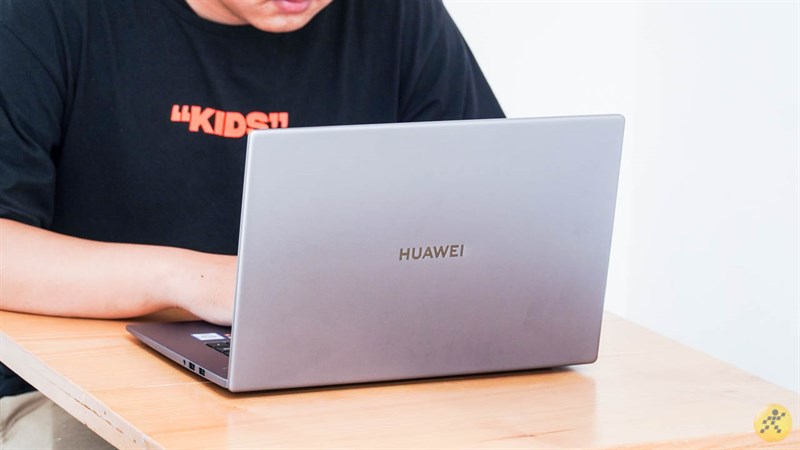 The back of MateBook D 15 will have the words Huawei polished and etched in the center.

The feel of holding the device is quite comfortable despite being made of metal. But don’t hold on for too long and you will get tired, because the laptop size is a bit big. But, putting a laptop in a backpack does not seem to be stolen because the MateBook D 15 is not thick at all. 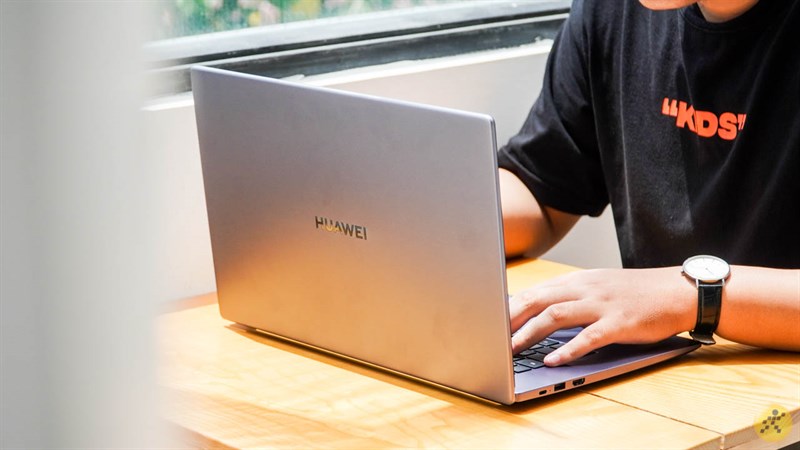 The feel of holding the device is quite comfortable despite being made of metal. 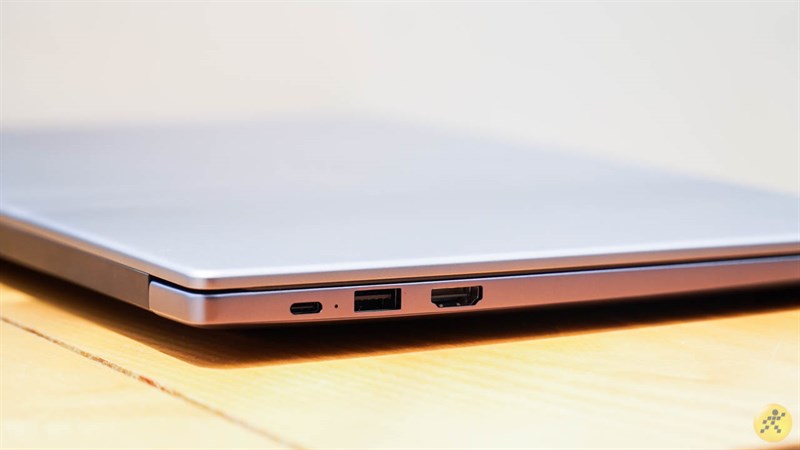 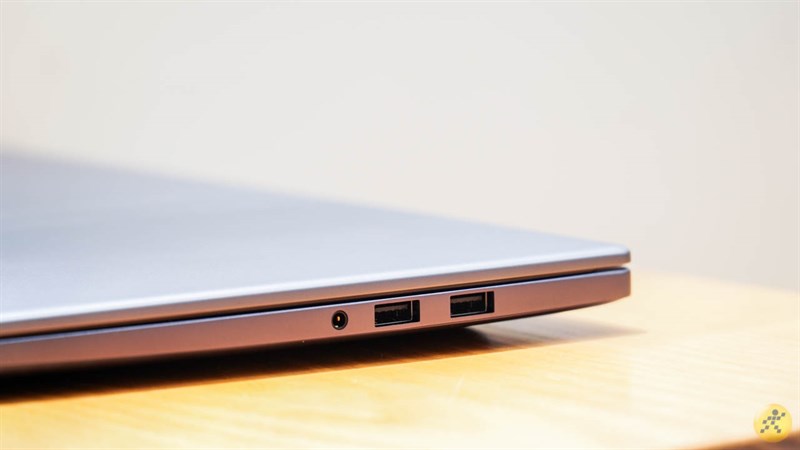 When it comes to the keyboard, I appreciate that the Huawei MateBook D 15 has a keyboard with a fairly open button spacing, which makes the experience and use more comfortable. The layout and position of the keyboard is also very reasonable, helping me rarely touch and manipulate quite convenient. 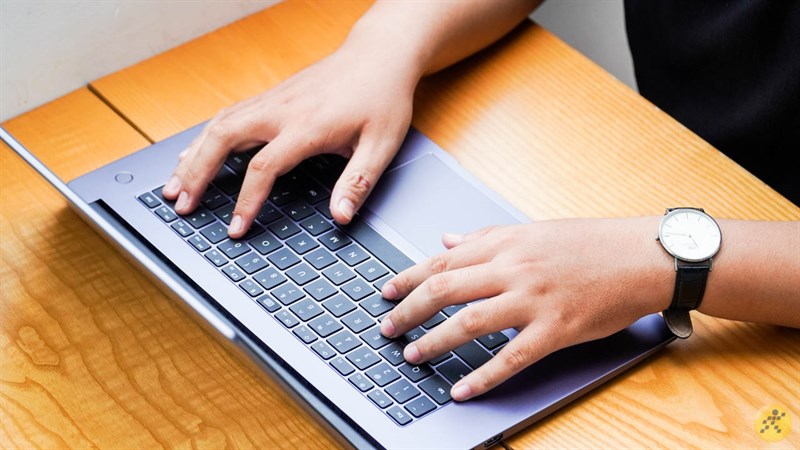 The space of the armrests is quite large, so I don’t feel tired when using it for long. Huawei has understood the desire of the user and brought a very close design, but unfortunately, the MateBook D 15 does not have a backlight on the bottom. An interesting thing about the MateBook D 15 keyboard is that there is an “underground” webcam right between the F6 and F7 keys. With a unique hidden mechanism underneath, MateBook D 15 brings a seamless style to the edge of the screen and attracts this mechanism. 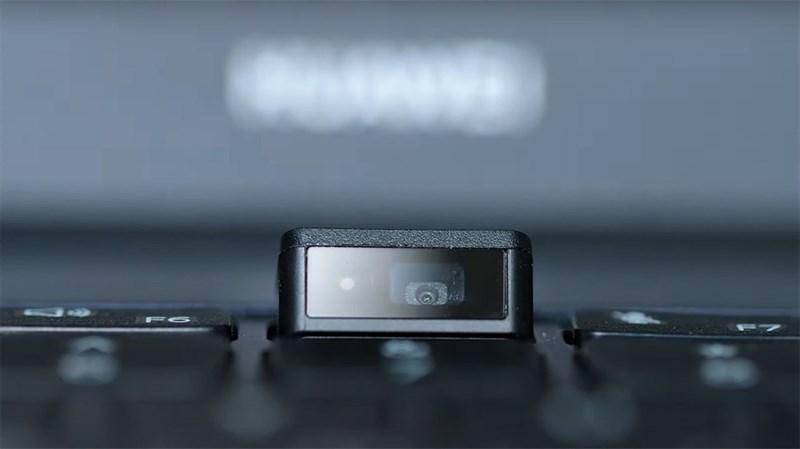 MateBook D 15 also has a “hidden” Webcam right between the F6 and F7 keys.

The touchpad is not squeaky and smooth, which is what I feel when using the Huawei MateBook D 15’s touchpad. The next advantage is the large surface area so you will not have difficulty in handling. Where is the day. 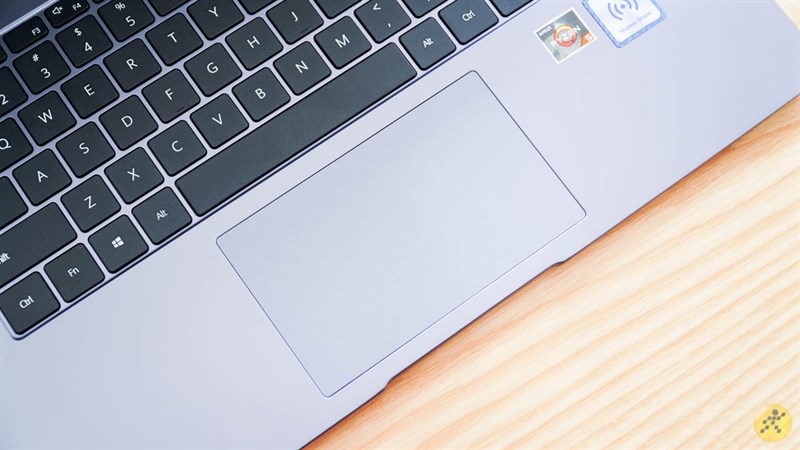 The touchpad is not squeaky and smooth, which is what I feel when using the touchpad.

Besides the above factors, MateBook D 15 also scores when integrated fingerprint sensor on the power button. In the past, I often see this design on Huawei phones and now it has brought that essence to the laptop. This is a breakthrough for Huawei and I feel this sensor unlocks very quickly, increasing the security and protection of documents inside the laptop. 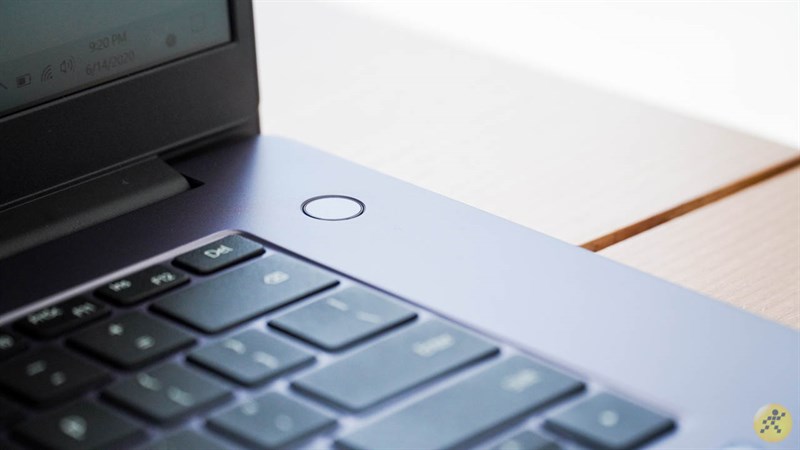 One of the things that impressed me when I held the Huawei MateBook D 15 was the beautiful display. This can be said to be a big breakthrough for Huawei when entering the laptop market when bringing a device with a brilliant and large screen. Reaching a screen size of 15.6 inches, I thought the machine had a 16 inch screen. Because, the surrounding edges are maximized thinning and bring a large frame. 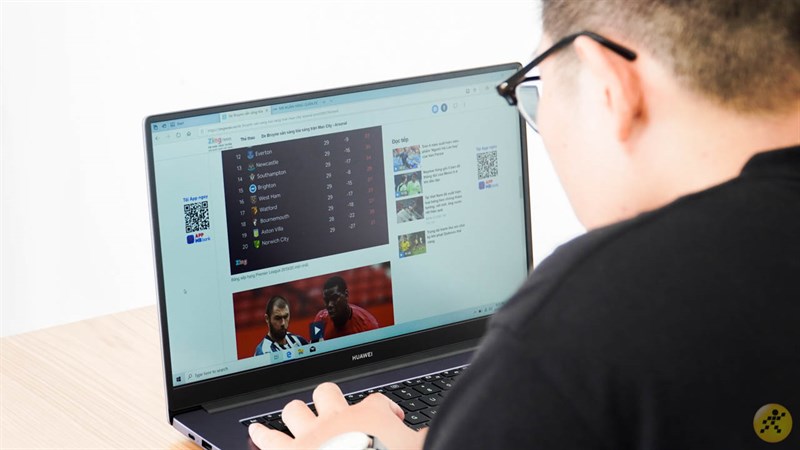 The Huawei MateBook D 15 has a beautiful display screen size of 15.6 inches.

Specifically, Huawei MateBook D 15 has an screen ratio of up to 87% and the surrounding bezels are reduced to a thickness of 5.3 mm, providing a truly enjoyable and enjoyable experience in this price range. Especially when you use a laptop to watch movies, you will be immersed in the space of cinema extremely vivid and true to every moment. 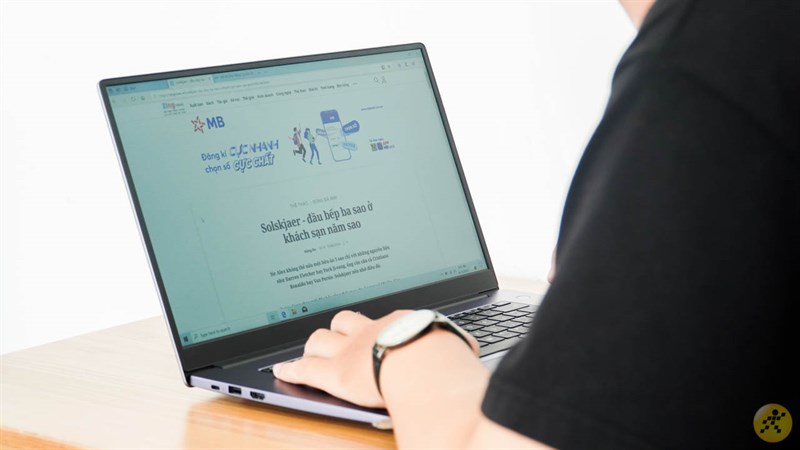 The Huawei MateBook D 15 has an aspect ratio of up to 87% and the surrounding bezels are reduced to a thickness of 5.3 mm.

Our Huawei MateBook D 15 will have Full HD resolution (1,920 x 1,080 pixels) but I find the color is still fresh and the details displayed are clear and full. The laptop is also equipped with IPS LCD panels for bright colors. Screen brightness is also relatively high, specifically 256 nits allowing you to use the machine in many different environmental conditions, especially conditions with direct sunlight. 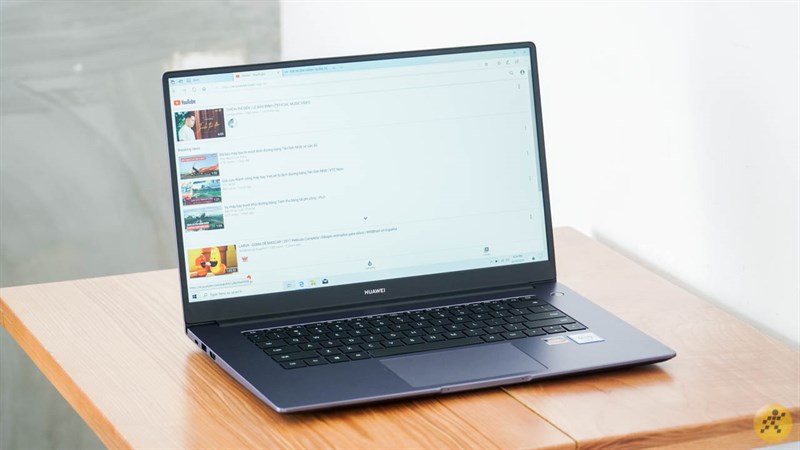 One more thing you need to know is that Huawei has significantly reduced the blue light that is harmful to the eyes on the screen, helping you to work freely without interruption or the feeling of pain, eye strain when used for long.

As usual, before going into the detailed review of Huawei MateBook D 15, let’s take a quick look at the hardware configuration of this laptop: 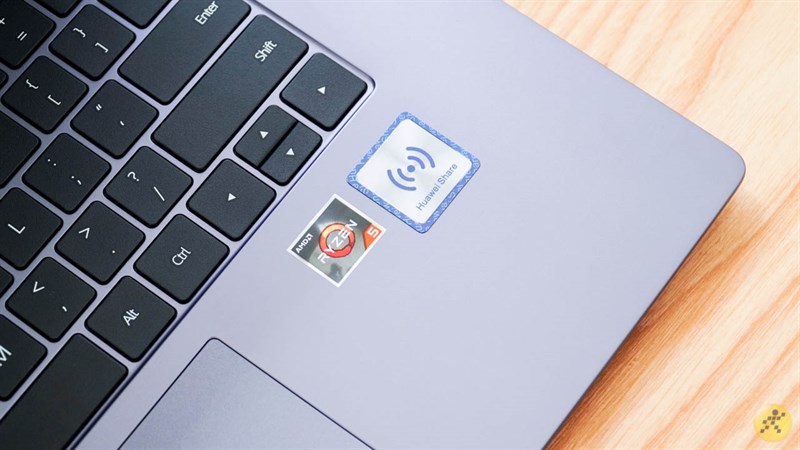 Looking at the above configuration, the point that caught my attention the most was the AMD Ryzen 5 3500U CPU of the laptop. As I mentioned in the previous hand, the R7 3500U CPU is the new processor that was launched in the first months of 2020. According to AMD, this chip will bring outstanding performance in the price range. Recently, I am also interested in AMD products when they bring powerful, stable and even superior processors in the price range. 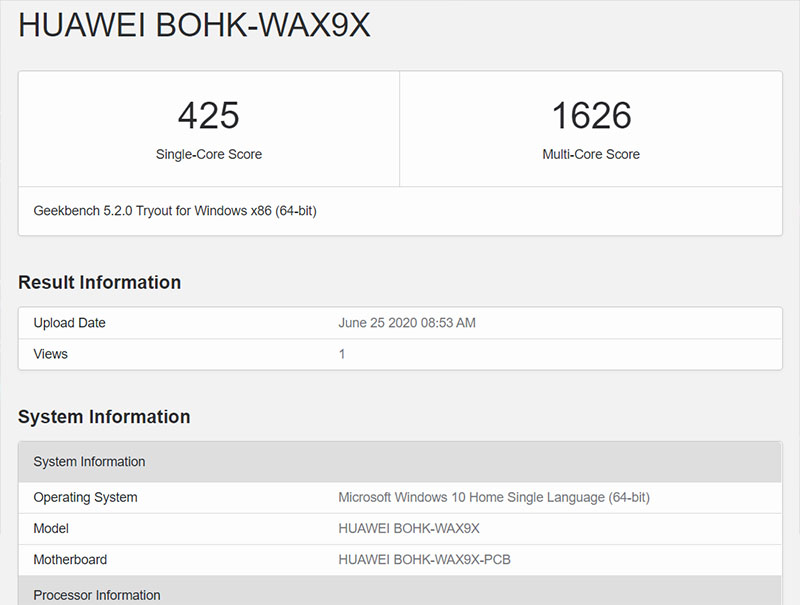 Measure the CPU of Huawei MateBook D 15 with GeekBench 5 software. 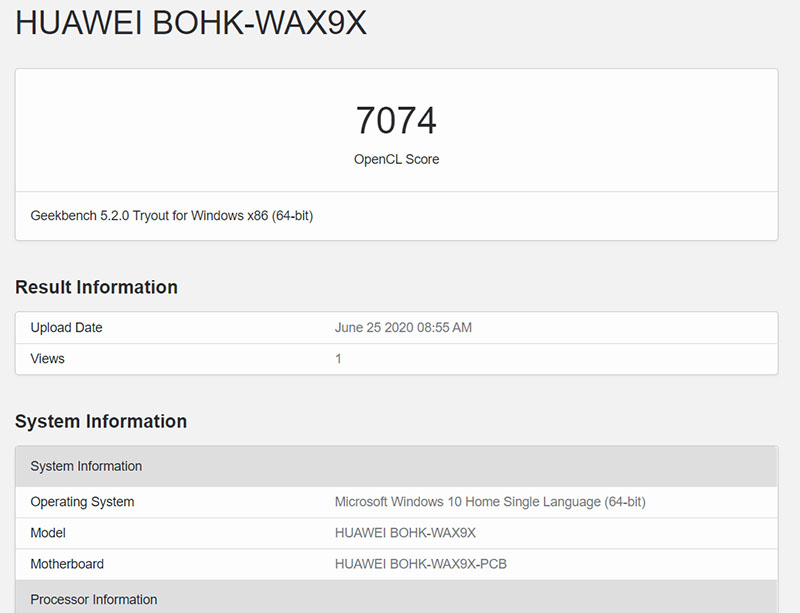 Measure the performance of Huawei MateBook D 15 with GeekBench 5 software.

How powerful is this chip? To help readers have a more convincing look, I used the cpubenchmark website to measure the rank of this R5 3500U CPU on the market. As you can see, AMD Ryzen 5 3500U ranked 527/2897 CPUs on the cpubenchmark chart with an average score of 7,176 points. A truly worthy result!

The Huawei MateBook D 15 also has an integrated AMD Radeon Vega 8 Graphics card. This integrated graphics card operates at an average frequency of 300 MHz and up to 1300 MHz with heavier tasks. As an onboard card, Radeon Vega 8 only meets the needs of ordinary users, playing some light, medium graphics games. It also allows you to render videos as well. Not only that, the MateBook D 15 is also attractive because of its 256 GB NVMe PCIe SSD and 1 TB SATA3 HDD.

I used Crystal DiskMark software to measure the read / write speed of the hard drive and obtained the following results: 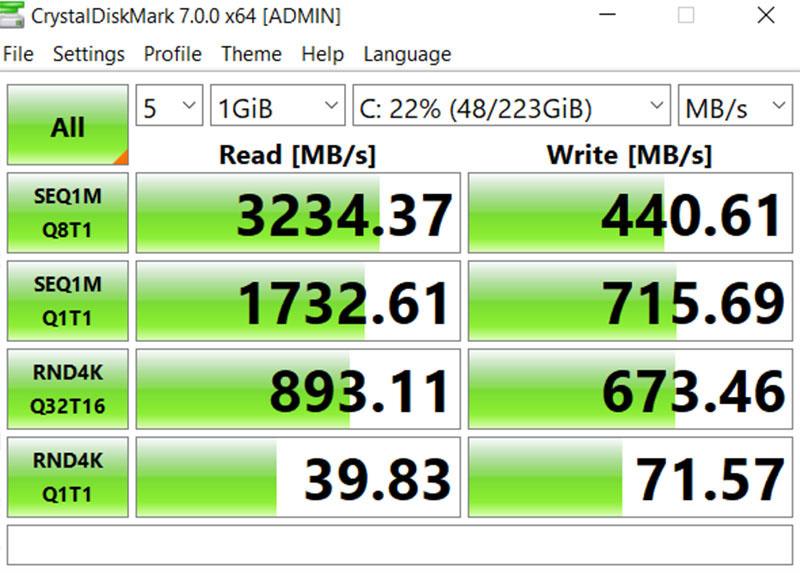 Measure the read / write speed of the hard drive with Crystal DiskMark software.

In addition to measuring the read / write speed, I also test the boot speed and open the application on the MateBook D 15:

Besides configuration and performance, I also care about the laptop’s heat sink. I used the Huawei MateBook D 15 for more than a week and said, “Wow, a metal laptop but it doesn’t get hot at all.” I tried touching the top of the keyboard and felt a little warm, while the armrest is not hot at all, so it will not affect your experience. 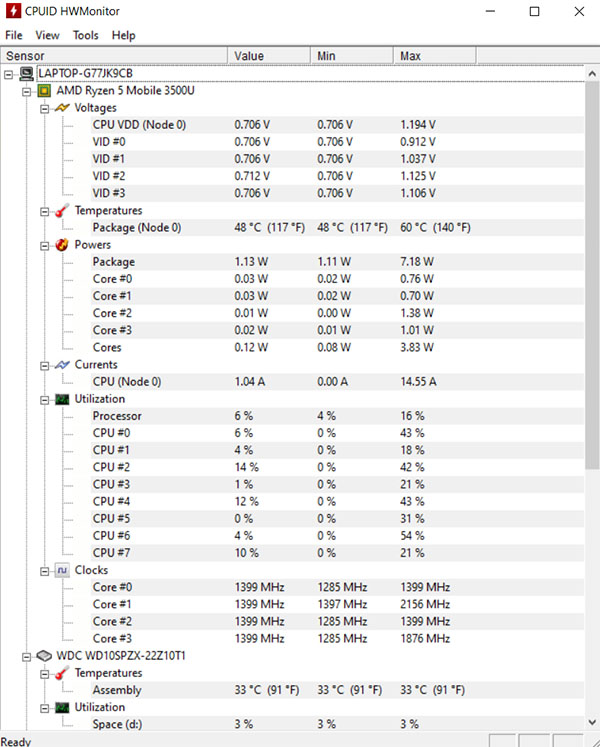 In the past, I used two software to measure the heat sink, namely Real Temp and AIDA64. However, today I want to use a new software that is CPU CPUID HWMonitor. After a period of waiting, the software for the CPU temperature ranges from 45-50 degrees C. This is a normal temperature and it also shows that the heat sink of Huawei MateBook D 15 works really well. and effective.

In terms of battery life, the Huawei MateBook D 15 makes me not disappointed when allowed for a long time to use. I rarely charge it, but it does not take too much time to recharge when Huawei comes with a quick charger in the laptop case.

Of course, not only me but even readers need to have specific data on battery life of Huawei MateBook D 15. Therefore, I used BatteryMon software to measure laptop battery life on condition as follows: 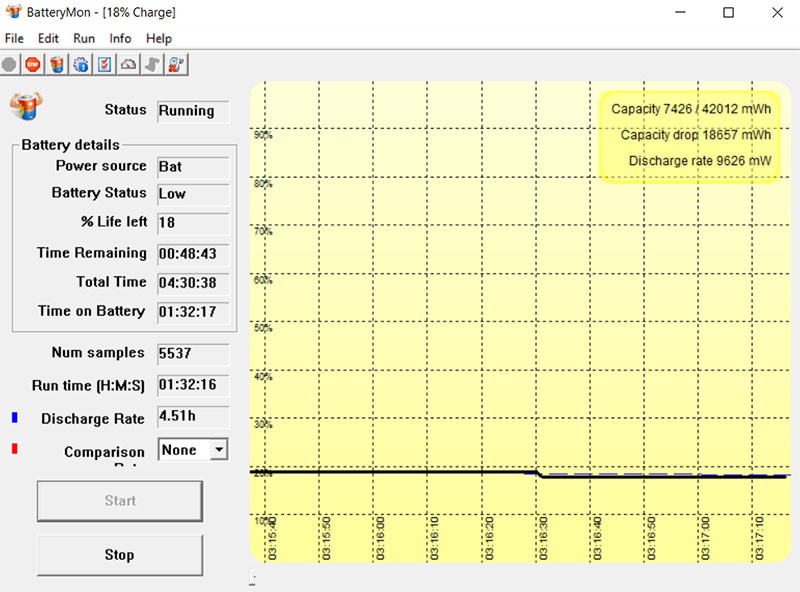 With the above conditions, I have measured the battery life of the MateBook D 15 is 4 hours and 30 minutes in the usage time of 1 hour 32 minutes. Although the battery life did not reach as expected, I found myself 4 hours still enough to meet the deadline. Thanks to the long battery life, you will be assured to bring your laptop with you when you go out to run the deadline extremely convenient. But do not be subjective and should still carry the charger with you.

The final part of today’s article, I will talk about the speaker and sound on Huawei MateBook D 15. The design of the speaker is not different from the majority of laptops on the market when equipped on the face. the bottom of the device, to create a surround sound effect 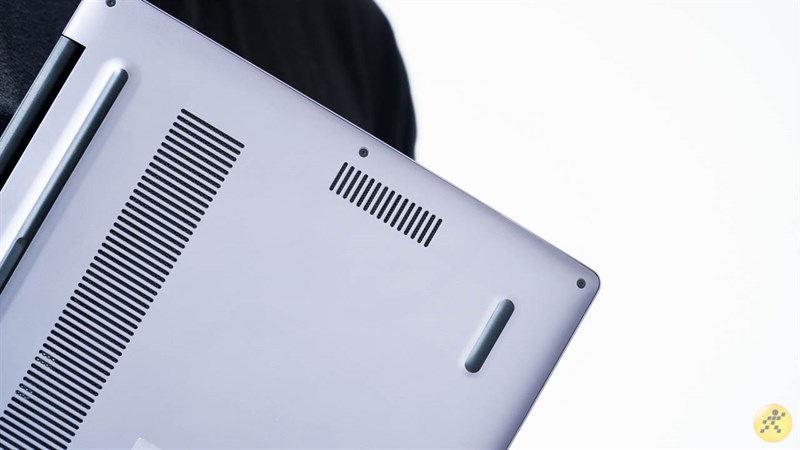 The MateBook D 15’s speakers are placed on the bottom to create a surround sound effect.

In addition, what is more attractive about Huawei MateBook D 15?

And why not. Huawei MateBook D 15 also has one more special feature: PC Manager. It sounds strange, but I’ll just call quickly with the most outstanding feature of this app is Huawei Share, which allows you to connect your laptop to Huawei phones intelligently.

How does this feature work? Just need you open PC Manager, select My Phone and click Connect (connect), the app will automatically detect nearby Huawei devices to connect. I used the Huawei P40 Pro to connect and it only took a few seconds to finish it. 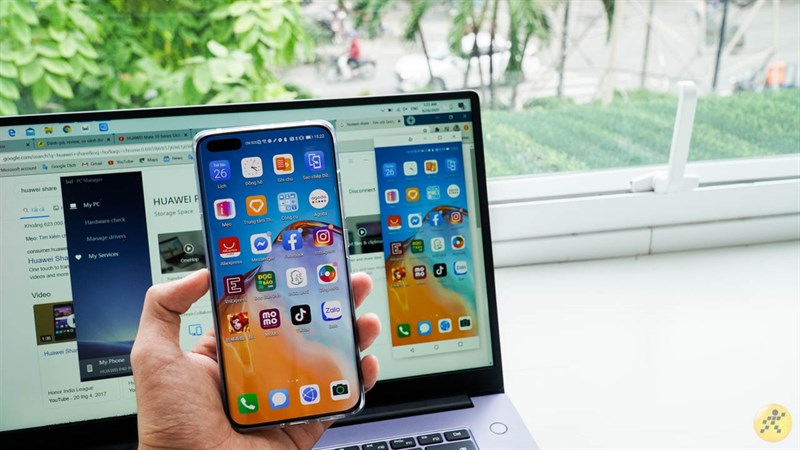 Once connected, you will be allowed to use two screens at the same time as the picture above is extremely convenient. That way, you can just use your phone, display the necessary information on the laptop screen or vice versa, activate the application on your phone with a laptop. When you use Facebook on your phone (while still connected to the laptop), the laptop screen will show the same interface and where you surf, the screen will surf the same. 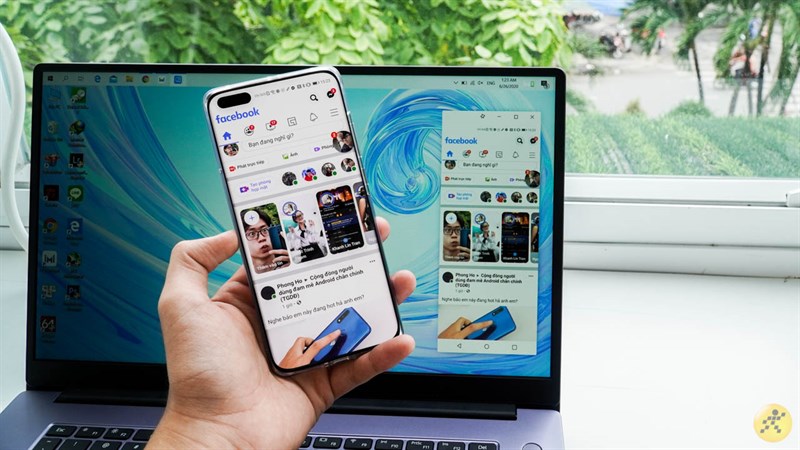 When you use Facebook on your phone, the laptop screen will show the same interface.

I have used my phone to try texting and found that the laptop screen is displayed the same way. You can also click on the chat on your laptop to try typing in reverse, but I feel like Huawei Share is not complete and still flickering. In the camera app, both devices work very smoothly and rarely freeze. 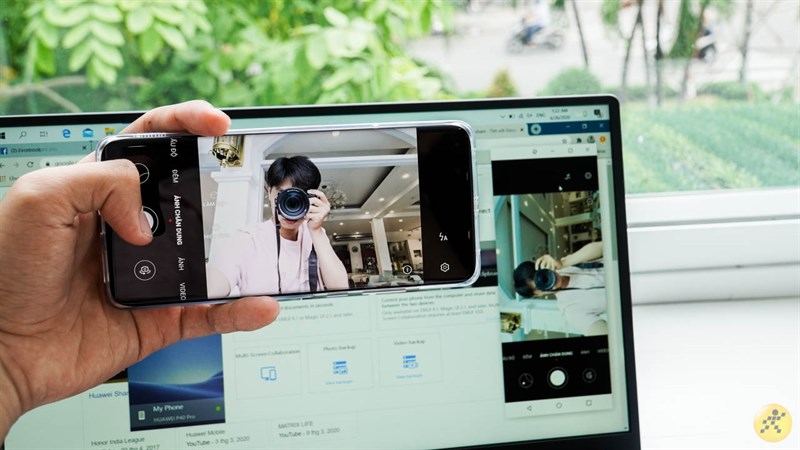 In the camera app, both devices work very smoothly and rarely freeze.

And that’s all my experience using Huawei MateBook D 15 for the past week. With an office laptop, the above advantages are really worth and attract the eyes of consumers. For Huawei, this is both a joy and a great challenge because in the next generation of Huawei MateBooks, not only more modern but also more elaborate than the previous version.

Thank you for watching all my posts. Oh forget, this Huawei MateBook D 15 is currently sold exclusively in Mobile World. Quickly shop now “its children” lest missing attractive promotions.