Leak iPhone 12 iPhone 2020 will have a completely new design, the configuration is still very strong, the leaks have been increasingly clear

iPhone SE (2nd generation) medium launched not long ago, yet recently recently on the internet appeared drawings, concept models are supposed to be samples smartphone successor of iPhone 11 called the iPhone 12 with many fascinating improvements. Immediately following is the summary of these iPhone 12 leak information.

The overall design of iPhone 12 (iPhone 2020) has a sexier screen border, supports USB-C

Till now, Apple has been through 3 generations of smartphones using a screen design with a large notch, along with a soft curved frame on its smartphone generations, iPhone X, iPhone XR / iPhone Xs / iPhone Xs Max and iPhone 11 trio.

Every year Apple will make minor design changes on its product line. For example, the change in camera design and the location of the iPhone 11’s bad apple logo logo, iPhone 11 Pro and iPhone 11 Pro Max compared to its predecessors like iPhone X, iPhone Xs or iPhone Xs Max. 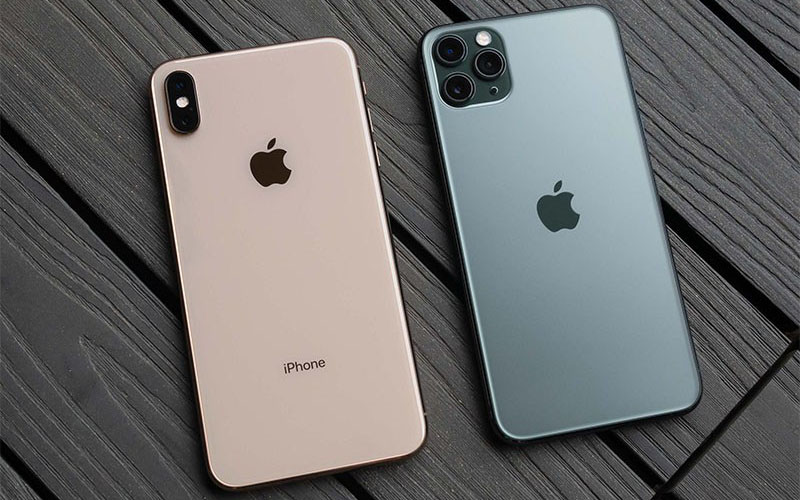 Each year we see Apple has a slight change in design on our devices. For example, the iPhone 11 Pro Max and iPhone Xs Max.

Following Apple’s 3-year cycle, leaker predicts this year’s iPhone model will have a change in design. According to some leaked sources, the first change will be on the front. The sensors on the front like Face ID, front camera, … will be more neatly organized thanks to that iPhone 12 there will be a smaller notch. 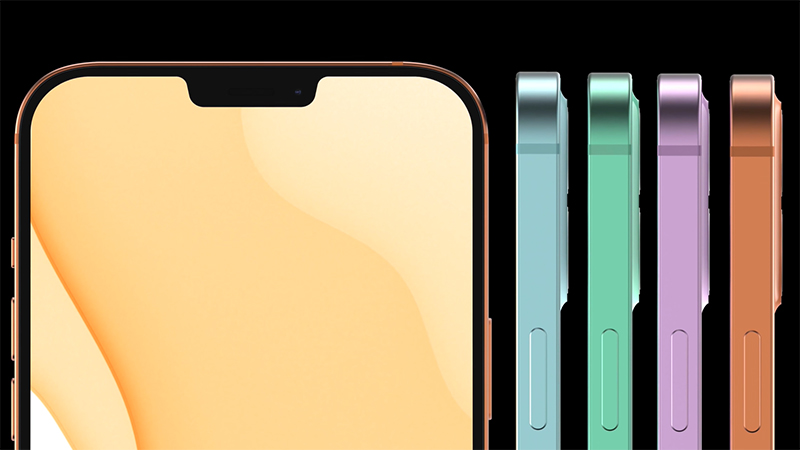 >Lots of leaked information suggests that this year we will see a major design change on the iPhone models. (Source: EverythingApplePro)

The smaller part of the rabbit ears is also partly due to the change of the speaker speaker position. Looking at the alleged iPhone 12 drawing, we can see that the speaker speaker is placed on top like the majority of current smartphones, instead of being placed in the notch as current iPhone models.

The first change comes from the front with a notch that is smaller than every year with the mic being brought up.

The bezels around the screen have also been streamlined to achieve a thickness of 1.55 mm instead of 2.52 mm in current iPhone models. 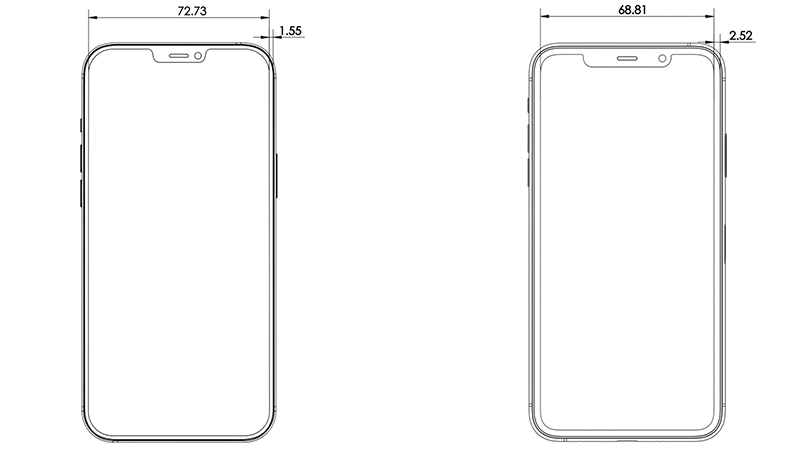 The bezels around the screen are very thin, promising to bring a better user experience on the iPhone 12. (Source: EverythingApplePro)

The main highlight of the iPhone 12 is not from the front, but from the edges around the device. The edge will have a square, masculine design as on the illustrious iPhone 4s for a while. 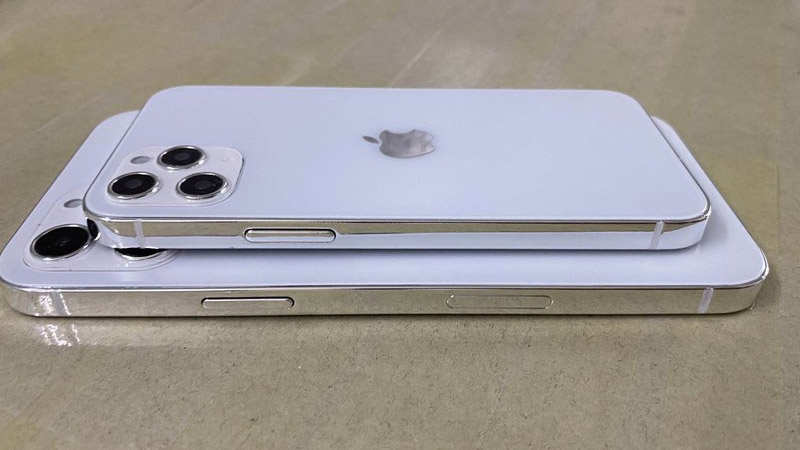 The border around the device will be designed square like iPhone 4s generations. (Source: Macrumors)

In my opinion, I prefer the design of the edges surrounding the curved body as on the iPhone 11 models rather than square as this concept. Because the curved edges will give a more comfortable grip feel, while the square edges are certainly firm when held will be forearm and uncomfortable when held for too long.

Unique navy blue will be available on this year’s iPhone 12 model. (Source: EverythingApplePro)

iPhone 12 may have a new color option, which is navy blue. Can be seen in last year’s iPhone 11 line, Apple has added a new color option is “Midnight green” to interest users, become the hottest color and help Apple exceed unexpected sales.

Another rumor suggests that the iPhone 12 models may be light blue, purple and orange, along with other colors. 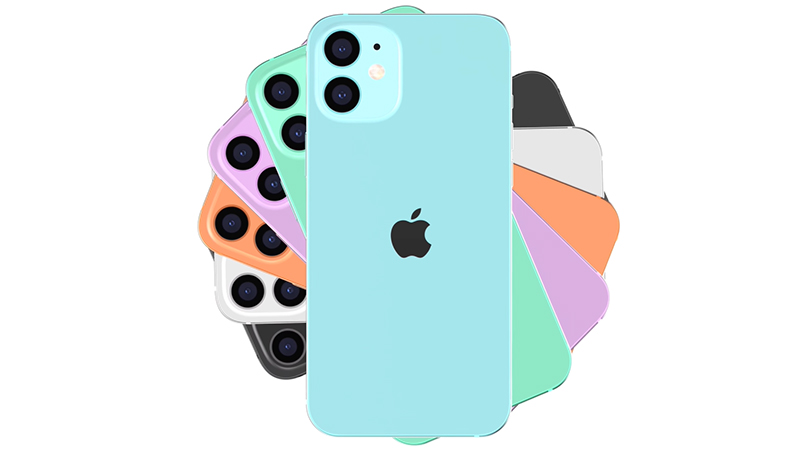 The iPhone 12 may also come in a variety of colors.

Especially iPhone 12 will use USB-C port instead of port Lighning as the current iPhone generation. Hopefully this is true for users to more conveniently transfer data, as well as agree on the use of common charging standards between smartphone manufacturers, making it easier for users to use the same charger. of each other if unfortunately forgot to charge at home. 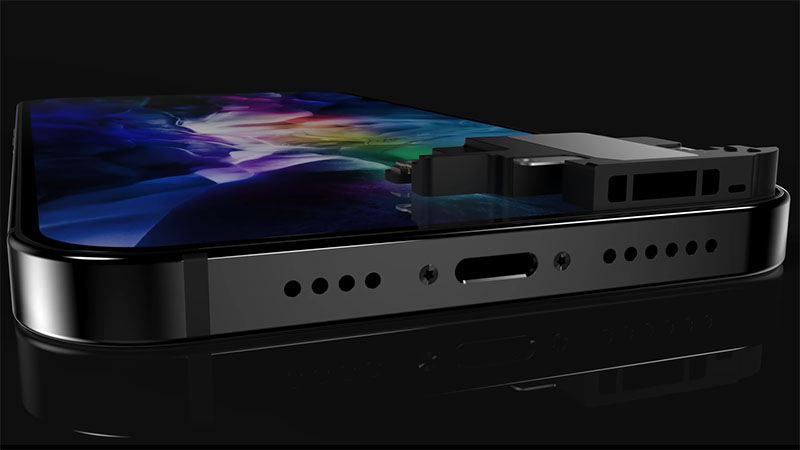 iPhone 12 is expected to use USB-C instead of the current standard Lighning. (Source: EverythingApplePro)

How many iPhone 12 versions will be available (iPhone 2020)?

According to leaked sources, this year’s iPhone generation will have up to 4 versions. Two versions of the iPhone 12 Pro will come with 6.1 and 6.7-inch screens, the other two versions will have 5.4 and 6.1-inch screens, and two of them will be named iPhone 12. 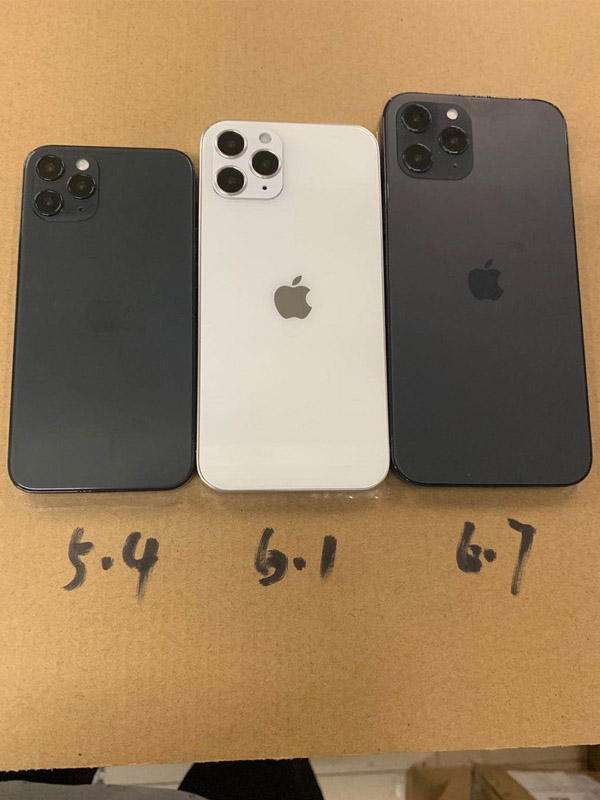 iPhone 12 (iPhone 2020) is expected to have many versions with many attractive improvements. (Source: Macrumors)

iPhone 12 (iPhone 2020) will be delayed by 2 months, the price may be more expensive because of 5G

According to the plan that Apple has set out, the iPhone 12 will be launched in September. However, because Covid-19 disease is happening very complicatedly in the US, as well as the supply chain of components for production. iPhone production in China is also affected, so delaying the launch of iPhone 12 is entirely possible. 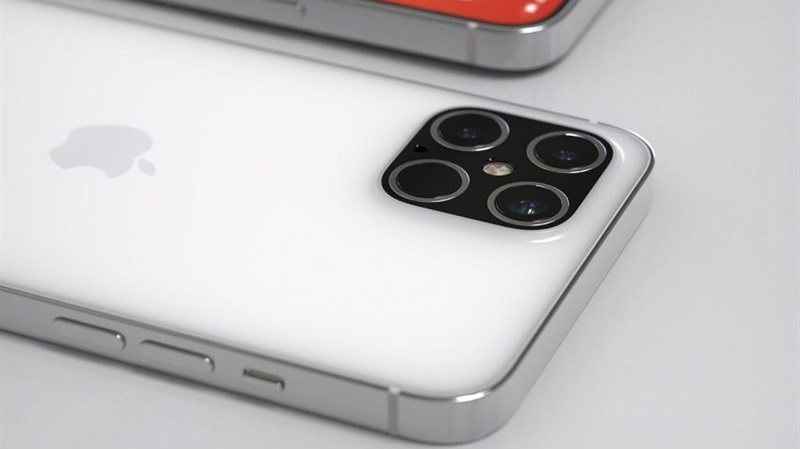 iPhone 12 will postpone the release date like every year and the price will also be expensive.

Follow Techradar, iPhone 12 will have a price not much different from its predecessor. IPhone 11 Pro and iPhone 11 Pro Max models start at $ 999 and $ 1,099 in the US market.

While the iPhone 11 starts at just $ 699. With 5G network support, smartphone production costs usually increase from $ 30 to $ 100 depending on the model, so I think iPhone 12 will be higher than its predecessors from 700,000 to 1 million.

I’ve said before that future iphones will have hidden receivers PIC.TWITTER.COM/WQALESU5IB

According to information leaked from the account @ L0vetodream, iPhone 12 will be equipped with Apple A14 chip manufactured on 5 nm process, supporting 5G connectivity.

iPhone 12 will be the first generation of 5G-enabled iPhones, to compete with other Android-powered rivals. Follow Macrumors, Apple will use a 5G modem from Qualcomm instead of Intel. Previously, Apple and Qualcomm had been involved in a tough legal battle, but found a way to resolve their disagreements in April 2019. Currently, the two companies are working together to bring 5G to iPhone models as quickly as possible. 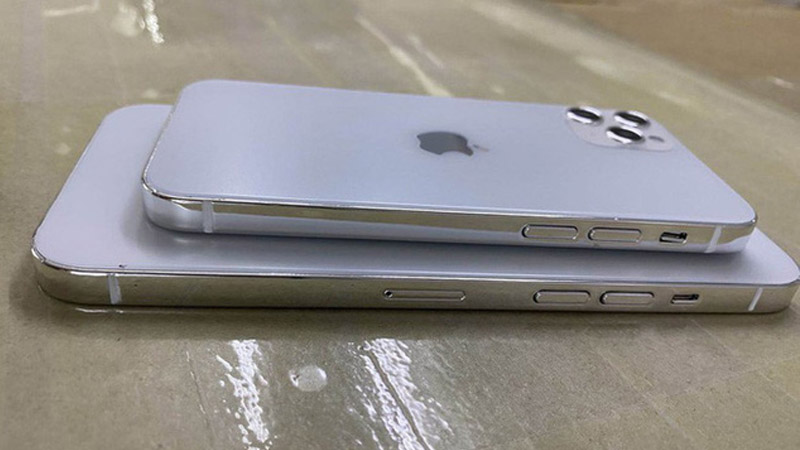 iPhone 12 will probably be equipped with 5G and super powerful A14 chip. (Source: Macrumors)

Blayne Curtis analyst Barclays predict that iPhone 12 Pro models will have 6 GB RAM, while iPhone 12 will have 4 GB RAM. Regarding batteries, this year’s iPhone models will have better battery capacity. Although the battery is expected to be small in size and 50% thinner than previous generations. 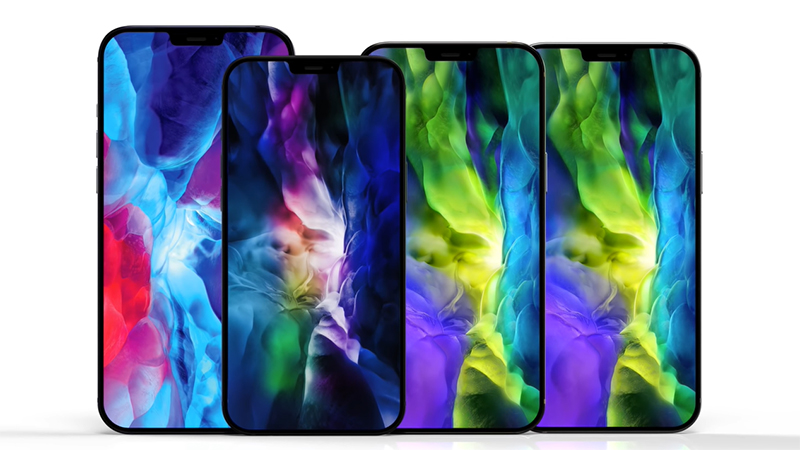 This year’s iPhone line will still be divided into two high price segments (Pro line) and lower price (normal line), but all this year’s devices are expected to be equipped with OLED panels, with Apple phasing out LCD screens on our devices.

The cluster of 3 cameras and LiDAR sensor is the main highlight on the back. According to leaked information, the fourth sensor Apple is equipped with is LiDAR sensor like the model iPad Pro just released not too long ago. 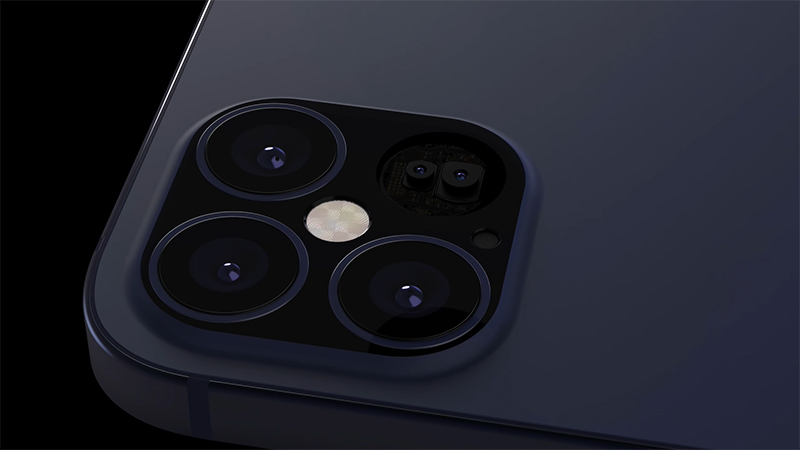 A lot of information that Apple will use LiDAR sensor similar to iPad Pro on the iPhone 12 Pro models. (Source: EverythingApplePro)

This sensor is used to measure 3D objects that operate on the same principle as the ToF camera but with greater accuracy. The sensor emits a low-power laser beam to the environment, then receives the reflected light back to the hardware for processing. From the data collected by the laser beam, the system will build a three-dimensional map that simulates space, objects and people. 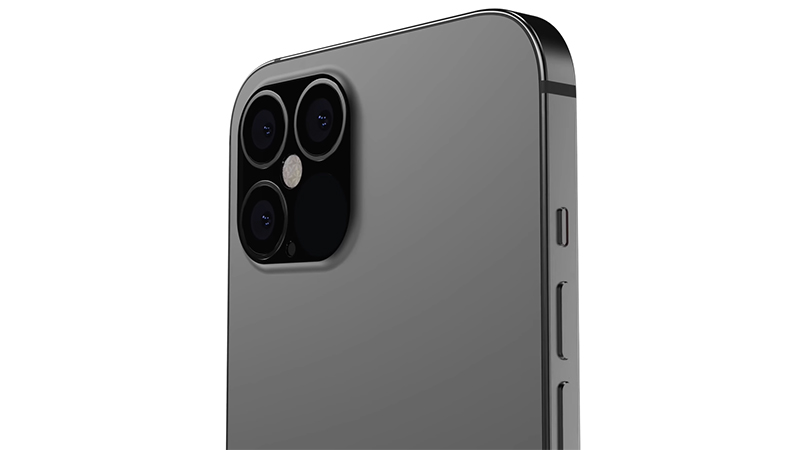 According to UBS analysts, the 6.7-inch and 6.1-inch high-end iPhone models will come with a triple-lens camera and a LiDAR sensor, while the other two iPhone models, iPhone 5.4 and 6.1 inches, will use only dual cameras never mind. 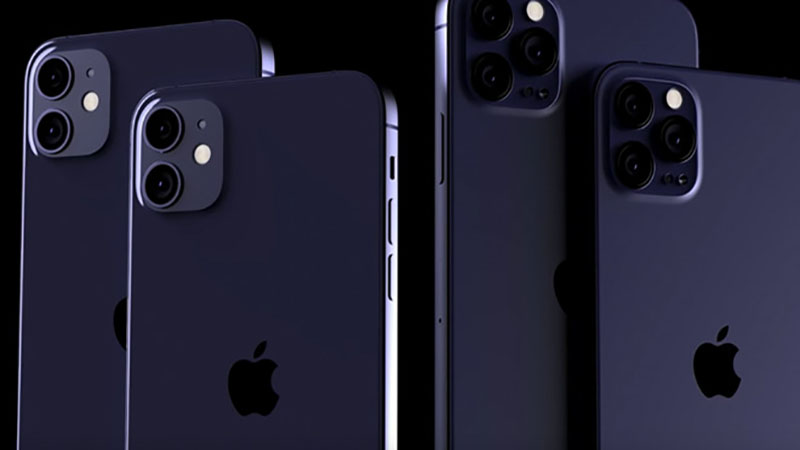 There will be two iPhone 12 Pro models equipped with a 3-camera cluster and a LiDAR sensor, while the other two iPhone models will only feature dual cameras. (Source: Apple Insider)

It can be seen that if Apple changes the design this year, uses OLED screens on all product lines as well as refines the size of the notch on the front, is equipped with 3D LiDAR sensor support. By removing fonts and providing a better virtual reality experience, the iPhone 12 series is indeed a device worth looking forward to.

Did you find the iPhone 12 series interesting? Leave your comments below the comment section