Compare Seiko Watches Vs Casio watches: The confrontation of the two major watch brands in Japan

Continuing Us clock This week, I will send you a new math problem: Compare Seiko watches Vs Casio watches. Both Seiko and Casio are all leading companies in Japan, with brand values ​​spreading not only in the country but also in all regions of the world. Right now, let’s compare the two lines fashion watch right now.

Contents hide
1. Comparison of Seiko and Casio’s brand values
2. Is Seiko’s design different from Casio?
3. Comparison of the apparatus
4. Selling price is the final factor
Summary

Seiko was born in 1881 from a small watch shop located in a small corner of a busy street in Tokyo area. Watchmaker Kintaro Hattori has chosen for himself a different direction, positioning the popular customer segment as the main target. But it was just a small jewelry shop and had to wait until 1913 – the year Seiko launched its first Quartz watch to this day. Together with the first quartz movement, Seiko watches built the mighty Swiss watch empire on the international market. In Vietnam, Seiko also appeared early, quickly conquering the discerning Saigon and Hanoi, creating a luxury symbol at that time. Seiko is a pioneer of watch production in Japan; the same company that ousted Switzerland’s “most accurate” reputation with its Grand Seiko mechanical movement in the 1967 race. And it was also Seiko that brought Japanese watches on par with Swiss watches.

Casio brand was born in April 1946 in Tokyo, the founder is Mr. Tadao Kashio. By 1957 Casio Computer Co., Ltd was founded by four Kashio brothers. In 1974, Casio officially entered the watch market, with the first product line being Casiotron. And since then, Casio watches gradually followed the evolution of the watch world. Casio was born late after birth compared to Seiko but was also the first company to produce electronic watches at that time. 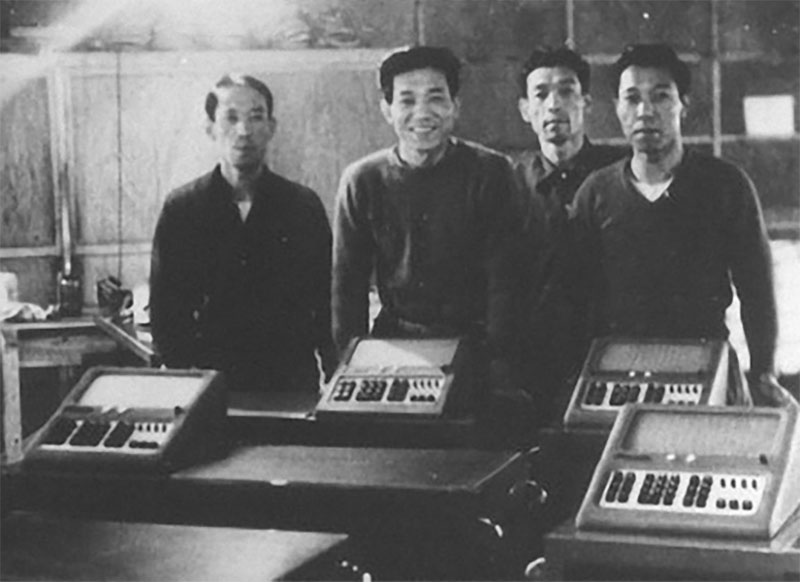 The Casio brand was born in April 1946 in Tokyo. Source: Internet

In particular, Casio is also the leading company in the production of high shock-proof watches such as: G-Shock falling at a height of 10m without any damage, being rolled over by the car does not affect the operation. in, … Casio has a clear development orientation when focusing only on its strengths as “Quartz machines and electronic watches”, not hugging many things. Because of knowing where his strengths are, Casio has gradually walked up and sat firmly in the Top 3 famous and quality watch companies in Japan.

2. Is Seiko’s design different from Casio?

Of course it is different! With the high position and great brand value, the two big men Seiko and Casio bring two distinct styles, creating accents and making a mark in the hearts of fans. I have referenced the article from ShopWatch and this website says that, in terms of design, each side has product lines that create its own unique characteristics.

Seiko’s Dress Watch watches always carry the elegance, elegance and a bit of maturity. But with Casio different, still luxurious and elegant but a bit youthful and simple.

Sports watches are no different. Because Casio always follows the anti-shock crafting style, he has a tough, seemingly thick appearance. But Seiko brings a sense of sophistication, compact.

Perhaps by comparing the Seiko and Casio watches this design section has a lot of people who give themselves the decision to buy it, because each person has a hobby and each company has a unique style. But the following sections are equally important in the decision to buy a watch. 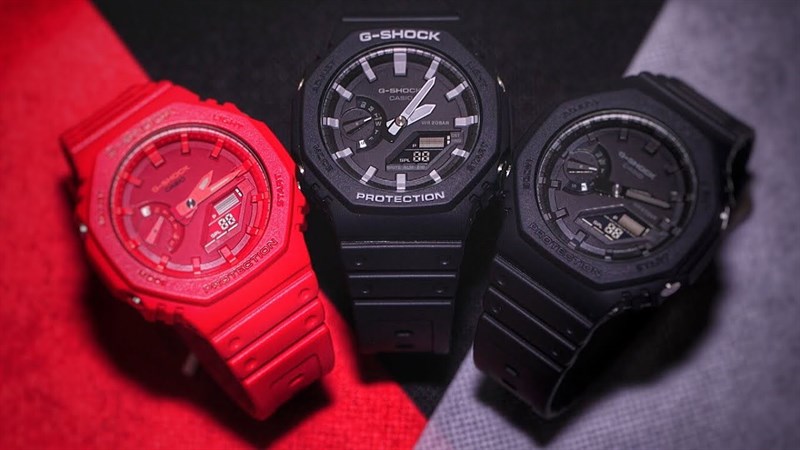 Design of the G-Shock and Baby-Shock watch collection. Source: Internet

However, each company has its own characteristics to distinguish as well as create its own highlight so that users can easily recognize their mental children in the sea of ​​watches. Seiko very often uses Hardlex glasses – the exclusive glasses invented by Seiko. Casio used the whole plastic case and rubber band for his G-Shock and Baby-Shock collection.

3. Comparison of the apparatus

Although the two companies both manufacture and produce watches, they follow two almost opposite development directions, the only one with analog hands is to make the two companies take the same path. But it can be said that the quality, durability, accuracy and longevity of Quartz machines of both companies are equal and equal. 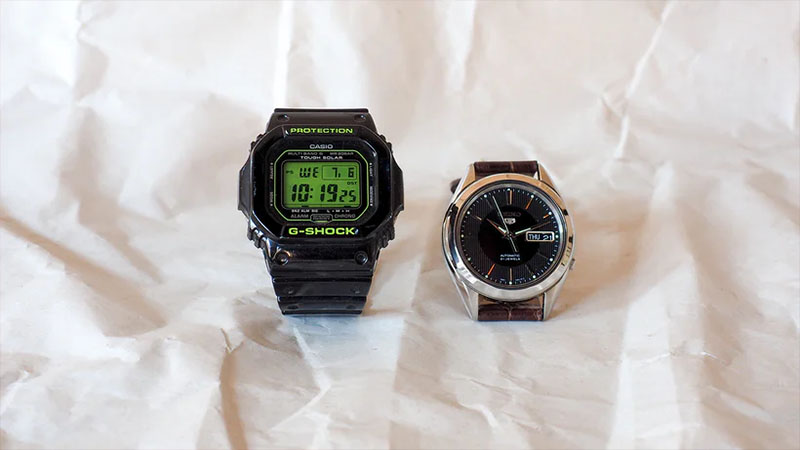 Besides, the different directions of the two brands also leave a great impression in the hearts of watch lovers. Seiko developed mainly on Quartz, Automatic and other strange / hybrid machines such as Kinetic, Solar, Premier, … all from the time of launch, the entire watch eye wash line looked and left a lot. certificate of merit, medal for the firm.

Casio is equally good with electronic watches but has a long battery life. In addition, there are many diverse functions developed such as: day of the month, day of the week, morning, afternoon, time in multiple time zones, compasses, altitude measurement, etc. Casio is also equipped with a thermometer to let you know the ambient temperature. 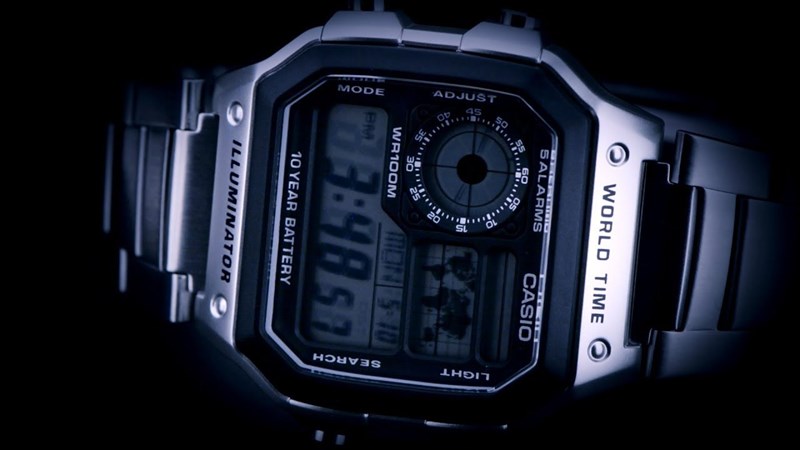 In addition, there is a watch equipped with a dictionary, some watches are built-in memory to help store phone information, email, personal calendar. For example, with examples such as: G-Shock, Casio Edifice, Casio Casiotron, Casio Solar Powered, Casio Oceanus, … Seiko seems to talk about the variety of watches, but with durability and multi Functional form, Casio has a great advantage.

4. Selling price is the final factor 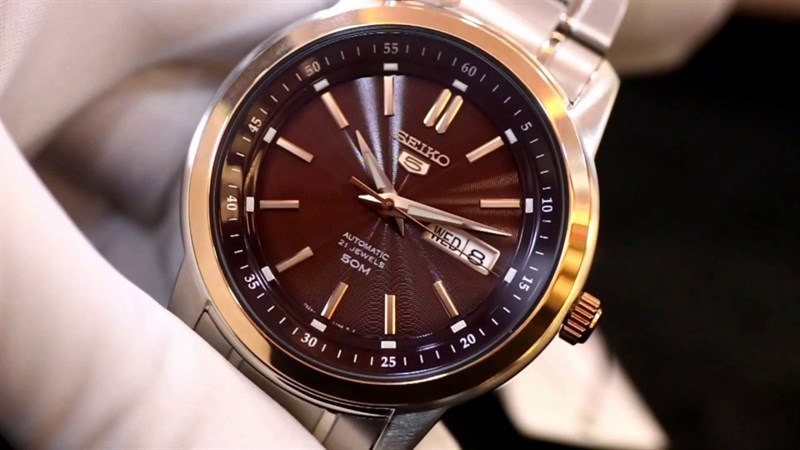 Above are all the “comparison of Seiko and Casio watches” given by longtime followers and watch experts. So are you still so, from the comparison above, what watch should I buy when standing in front of these two famous brands?

And that is the comparison information between the two watches Seiko vs Casio. I personally find Casio to suit the vast majority of users with more versions, colors and affordable prices. Meanwhile, Seiko watches still prove the elegance and real value of a brand-name product with a long history of decades. Do you choose Seiko or Casio? Leave your comments below and let me know.